Happy 2015, blogosphere!  Wow, we’ve been pretty radio-silent since August, huh? Well I’d love to say we’re making a New Years resolution to post more often, but who are we kidding? Thanks for sticking with us through the quiet times!

So, we had a little adventure over the weekend! Cooper came in from playing outside with a minor injury, with some major bleeding. 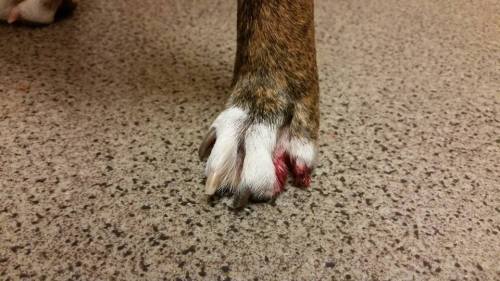 He split his back toenail right in two! If you recall, Molly Tamale had a similar injury when she was with us, so we knew not to be extremely worried, but we also knew it needed attention. And naturally, since it was after hours at our regular vet, off to the emergency clinic we went…

The staff at Nashville Pet Emergency Clinic were wonderful! They took great care of our little man, and were even understanding when we explained that he’s not a fan of other animals. They cleared the waiting room of their feline welcoming committee and got us right into an exam room. In true Cooper-fashion, our brave little warrior showed no pain and distress while waiting to see the Doc. He was just excited for an outing, and that ever-wagging tail never stopped. 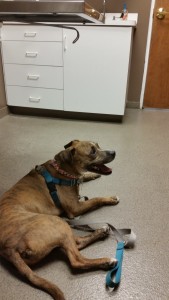 Little Coop was sedated while they trimmed back his nail to the healthy quick, stopped the bleeding and wrapped him all up. I remember thinking, that’s a lot of bandage for a little toe nail! But at least it stayed put.

Once we got home Cooper was pretty loopy for the rest of the day. He kept falling asleep sitting up! Cooper got lots of snuggles and lots of rest, and by the next day he was good as new. And still – never showed any signs pain or discomfort. Such a little Cooper-trooper! 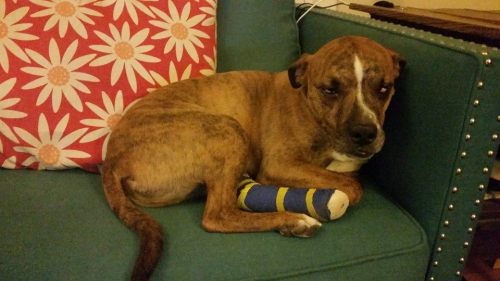 While a trip to the emergency vet is never fun (or cheap!) we’re certainly glad we have a great facility like Nashville Emergency Vet available to us. They’re open every night and weekend, so even though we hope we never need them again we’re sure happy they’re there. Never a dull moment around here! 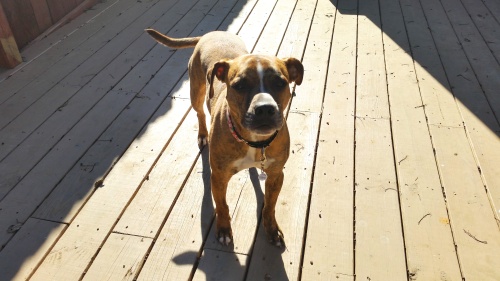