We’re dedicating the month of February YOU – Cooper’s Person! So, potential adopter…let’s continue down our list of 28 Things You’ll LOVE About Cooper. 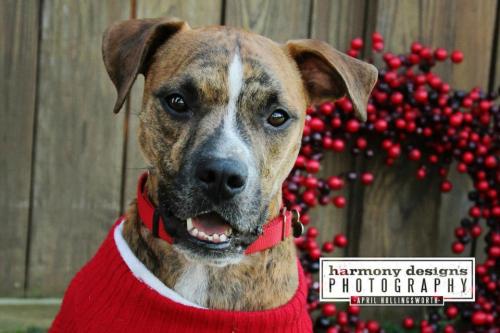 Cooper’s ears are the most adorable things on the planet. Seriously, look it up – there literally is nothing cuter. Especially the left one – it’s perpetually pointed off to the side in a delightfully precious way. Not only are Cooper’s ears adorable, they are also super-duper squishably soft like velvet.

Cooper loves getting his those floppy ears rubbed and scratched, and is even very good about letting you clean them out if they get yucky. This morning I was cleaning Oscar’s ears with a baby wipe and Cooper came running over to see what was going on. (“What’s this, mom? You are giving out attention? I would like some too please!”) 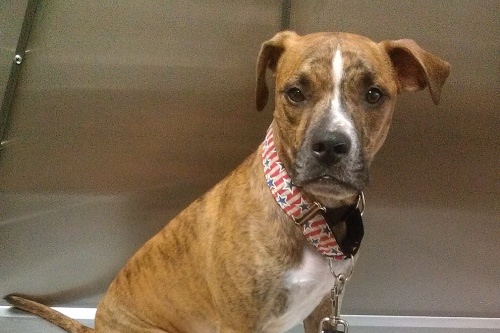 So even though they were pretty squeaky clean, I gave Cooper’s ears a little wipe too. Coop just wagged and smiled and wiggled the whole time.

#3 He’s the cutest little sleeper you ever did see. 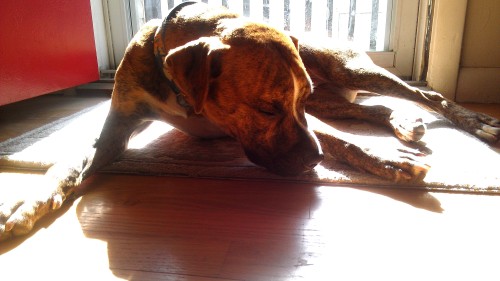 I’m starting to feel like I’m over-using the word “adorable,” but there’s really no better word to describe Cooper! Especially when he’s sleeping…oh man is he cute. Cooper’s motto is “Play hard, sleep hard.” It isn’t rare to find him passed out sitting up…

…or with his tongue sticking out…

Seriously now…how cute is that?? 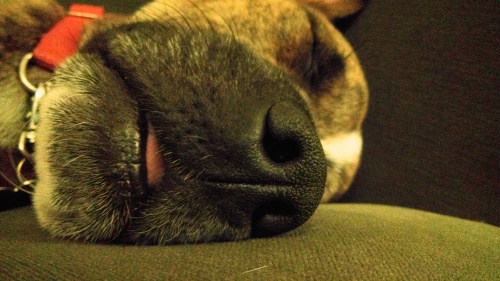 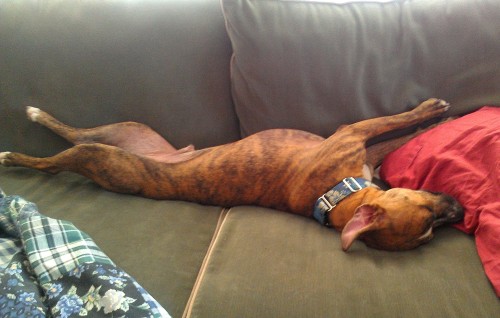 …or, whatever this is… 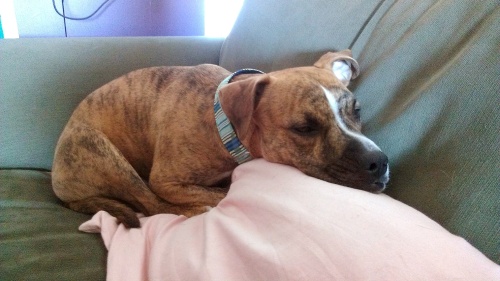 The best thing about a sleeping Cooper is that he doesn’t even mind if you squish and love on him while he’s sleeping. Which is a good thing, because a sleeping Cooper is impossible to resist. Don’t even try, you won’t be able to do it. He’ll settle into your couch with a big siiiiiiigh and tuck his head just so, and there’s nothing you can do – before you know it, you’re sucked into the Cooper web of snuggle time.

If you’re interested in adding Cooper to your family, please fill out an adoption application with Agape Animal Rescue.