And the newest resident of Foster House is…..Cooper!! 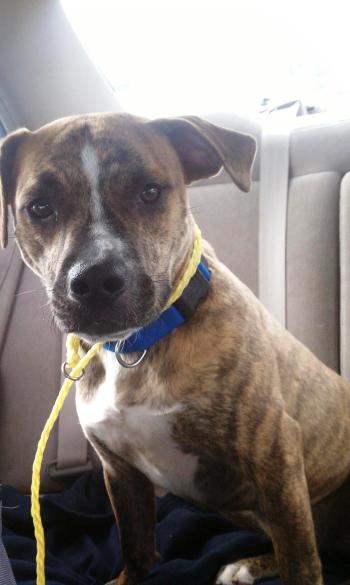 I tell ya, this guy’s got it all – the looks, the personality, the snuggle gene, the microchip…winning all around.  He’s a compact little guy weighing in around 45 pounds who came into The Shelter as a stray with his sister a few months ago.  Like Molly Tamale, he has also been adopted out once before and returned because of a compulsion for feline chasing, so once again – Cooper will be adopted to a furever home without cats.

Other dogs, however, are a 100% green light – Cooper loves ’em. And frankly I’m a little disappointed in Oscar’s loyalty, because even though just last week he was mourning the loss of his soul mate, he and Coop already seem thick as thieves. 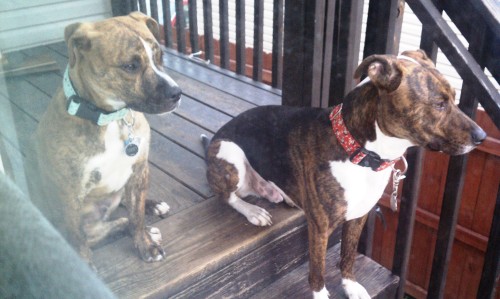 So far we know that unlike our last house guests, Cooper is extremely food motivated.  Already we can tell he’s exceptionally smart, so he should be a breeze to train.   Also, his leash skills are superb.  He’s only been with less than a day so he’s not yet perfect, but so far Oscar and I are very impressed. 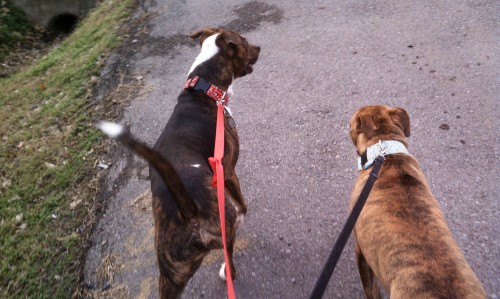 We can’t wait to spend the rest of the weekend getting to know Coop!  He already has a jam packed social calendar too – stay tuned to hear all about his first adoption event, which we’ll be at tomorrow so he can make his début.  Welcome to the foster family, Cooper!